MORE VISIBILITY HAS RESULTED IN INCREASED CONFIDENCE AND VISION.

You may not have heard of Signature Marketing, but you have more than likely seen their products. They hold the market in supplying Service Stations throughout New Zealand and Australia, with sunglasses, headwear and a range of quality mobile phone accessories. With a large number of locations stocking their products, getting a handle on stock control, and having an overview of their numbers was an important part of their choice to move to MYOB EXO. Acclaim was instrumental in helping them integrate it effectively into their business.

WE NEEDED TO IMPROVE OUR SYSTEMS

Signature Marketing is a vendor refill distribution basis based in Auckland, with sales people in vans running all over the country. As the business grew, it became harder to effectively view financial reporting in real time, and have methods to ensure that stock was where it needed to be at the right time.

“We were using another product and it provided us with little visibility. You used to have to download reports into excel to read the data. We knew we needed to make a change. We selected MYOB EXO after discovering it was able to be integrated with OPMETRIX, our Sales CRM. Acclaim had experience in integrating the two together so were the perfect fit for us in terms of an implementation partner. “ 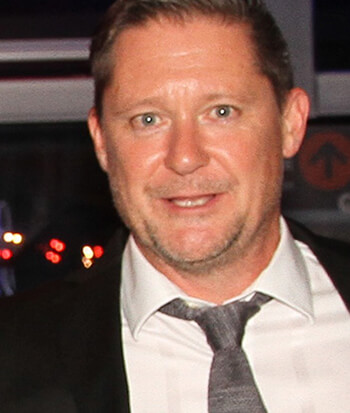 THEY UNDERSTOOD US FROM THE START

“From day dot they understood our business. You could tell they came in to our first meeting prepared, and ready to help. Instead of being sales focussed, they were solution focussed. All they wanted to do was find the best solution to meet our needs.”

Acclaim worked with Andrew and the team at Signature to identify what the business needs were. They helped to set milestone goals. They then mapped out the process for integration. Part of the process was creating priorities for change, keeping the steps as simple as possible.

The fact Acclaim had worked with Opmetrix before was a huge benefit to Andrew and the Signature team, but the real benefit was the time Acclaim took to show them more of what could be possible, than just a simple integration. At all points, the focus was on delivering outcomes that benefited their specific business, rather than just providing an out-of-the-box solution.

WE CAN SEE WHAT’S REALLY GOING ON

The key advantages Signature have discovered from implementing MYOB EXO into their business has been reporting.

Where once they had struggled to have a really clear view of their profit and loss, they now experience real- time reporting, right on the platform itself. Gone are the days where they had to download data into excel and manually reconcile the numbers.

Being able to access data in real-time, and having that accessibility has brought a high level of confidence into the business. Another benefit has been the improvement of stock control.

Instead of spending most Mondays doing manual work to ensure all the vans were well stocked, the stock is managed with a press of a button. Built into the system are some algorithms to help cater for seasonality and different regions. These prevent order blowouts or insufficient stock, without having to make ad hoc estimates at Head Office.

ACCLAIM REALLY MADE A DIFFERENCE

Right from the start, Signature has felt Acclaim just “got our business”.

As the relationship has developed, the team at Signature has felt supported, as well as gently propelled to keep on moving through the changes needed to get to the end result. The understanding on Acclaim’s part around developing new systems, while trying to work with existing ones was appreciated, as was their offer to help reduce roadblocks by working alongside them where they could. All through the process, Andrew felt supported by the team at Acclaim.

“We fell behind delivering the right data they needed. They were proactive in offering to help us over our roadblocks, and found methods to make the process simpler.”

Since implementing financial reporting, and seeing greater stock control throughout the business, Signature is now planning to work on streamlining other parts of the business using MYOB EXO.

The natural next step is to develop the stock forecasting for their business, implementing scanners in the warehouse that will be integrated into the system to ensure greater picking accuracy and faster order throughput.

The system will also be integrated with their courier software, this will further streamline the warehouse and enable a track and trace service, providing end to end visibility of stock at all times.

“Acclaim were all about our business right from the start. They have always focussed on what we need, rather than trying to push a solution onto us.”

Signature Marketing is now able to have complete visibility over their numbers since implementing changes with Acclaim. This has brought confidence throughout the business and improved stock control for stockists, sales reps, and Head Office.

There is a reduced need for admin time around ordering, and more time and energy to spend on strategic business growth.

Have a project in mind?

Why not get in touch? We’re always keen to catch up for a chat to see how our solutions can fit with your business. 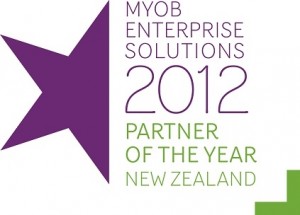